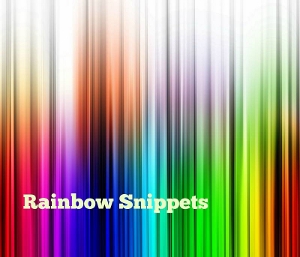 Rainbow Snippets is a Facebook Group that invites authors to post six sentences of their work each weekend. It can be from anything you like, your current WIP, a recent release, the golden oldie that even you had forgotten you had written, or just a scrap of an idea (as long as it has six coherent sentences). Nothing of your own work worth mentioning? How about a six sentence review of your favourite LGBTQ+ story.
Sorry, I’ve missed the last couple of weeks. This snippet comes once again from A Bell Rings, which is available from pre-order from Pride Publishing on Tuesday. A Bell Rings is the sequel to my Christmas story, Not Every Time, and is set nine months after, but things have changed dramatically since then. This story is told from Jack’s POV, and this snippet is set after Jack has started having dreams about a blue eyed man. When Raz Slade moves in to share his flat, Jack’s world view shifts, leaving him even more confused. 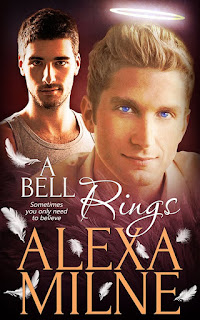 “As long as you’re all right?”


Jack glanced down at Raz’s hand still wrapped around his arm. “I’m good—really. And don’t worry about breakfast. I’ll get something on the way to work. I think today might be a triple espresso sort of morning. I’ll get sorted and get out of your way.”


“Not sure. Kay’s invited me round to theirs, so if I’m not back, don’t wait up or anything.”


When the door closed, Jack slumped down on the toilet and put his head in his hands. He’d lied through his teeth. He wasn’t fine—he was as far from fine as it was possible to be—and it scared the hell out of him.