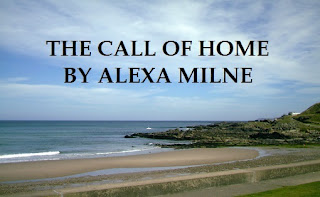 Today’s snippet is from Returning Home, the second in the Call of Home series and available for preorder with Pride Publishing on Tuesday, 14th June. On that day Choosing Home is available for early download as well as being on preorder on Amazon.


In this scene, at the end of chapter 1, Darach is trying to discover more about the man with the cat. He is visiting his family’s farm. Maggie is his sister who owns the café down the street. 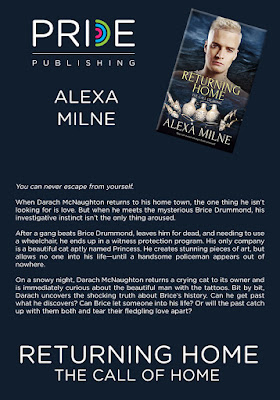 “I met your neighbor and his cat when I was outside the café,” he said. “He seems an unlikely person to find living in a small Scottish village. Is there a story?”


Maggie gazed at him, eyebrows raised. “He arrived about two years ago, but we still don’t know much about him. Keeps himself to himself and says very little. The cat likes to visit the café, though, and charms the visitors. He’s an artist and makes the most wonderful pieces of pottery and decorated tiles, but remains something of a mystery.”


“Does the mystery have a name?”


“Yes, his name is Brice Drummond.” 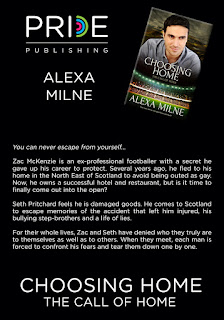