Hello from Lancashire. There has definitely been an Autumnal nip in the air. So, while we wait to see if the end of the world is coming, here’s my update. 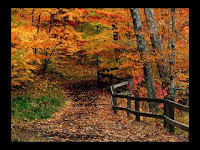 Today is an odd day for me. Even though it’s been four years since I had a back to school day, it still seems wrong not to have bought stationery supplies and been mildly excited, that is until the excitement of new classes wore off. My nephew starts infants school this week. I have to say, I’m very glad not to have to worry about education with all the changes to exams as the government tinkers yet again. It is also my brother’s wedding anniversary today. It’s not been an easy year for him and his family so it’s nice to have something to celebrate.

Over the last fortnight, I’ve done the first edits of what are currently called Half Full and Half Time which are 58K and 47K words respectively, though, as I’ve realised I’ve missed a scene, the second one will get longer. I intend to write book three before even thinking of submitting anywhere, especially as my usual publisher is currently up in the air. In other news, I have written some words on my car story – only 4000 but more than I have for a while. It has now reached 21K words and there has been a kiss. I’m sure Riley and Dylan will get themselves sorted at some point.


I’ve managed to read a few books over the last couple of weeks. I enjoyed Illegal Contact by Santino Hassell, although both MCs irritated me at times. Mid Life Crisis by Audra North, a new author to me, was a nice easy read with older MCs, and I enjoyed If I was a Girl by Meredith Russo. This was her first novel about a trans girl. As the author explained, she decided to make the MCs transition much easier than it would have been in real life. I enjoyed the story, although I felt sorry for the character who turned out to be the ‘baddie’, especially when, after her big moment, she disappeared. Now, I’m reading Experiment by Dan Skinner, which is a long read. I’m about 30% through and finding it fascinating, especially with everything going on in the world at the moment.


Next, recent boxset watching has included catching up with the first series of Victoria, which I’ve found to be rather dull, and watching the first series of Dirk Gently. My watching partner found Dirk annoying. It is very quirky, but I’m looking forward to the next series. Next up to watch is Supernatural S12 which arrived today.

Finally, My Highland Cowboy continues to get lovely reviews and tomorrow Right Here, Right Now, is available on early download form Pride Publishing. My story in this anthology is called The Matchmaker in which Tom attempts to bring together his father, Simon, and his carer, Josh. This story will be released on its own in November and I have a lovely cover for it from the wonderful Emmy Ellis who I’d like to thank for all the other covers. I will say this new one has a photograph of the main beach at Barry Island, my home town, on it. I will never forget receiving my first cover for Sporting Chance over three years ago. It was a tremendous moment in my life along with holding my first novel in my hands. 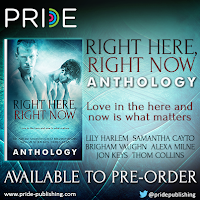 That’s enough for this week. Have a good week everyone and happy sales.