Yes, you’re right, it has been a while, but I thought I’d write a little something today. We didn’t get the heavy snow as it moved further south, but still had a smattering and as I glance out of the kitchen window, the sun is shining on the icing sugar covered field behind us, and the canal is frozen. Cat the younger ventured out earlier but found her paws got cold and wet so hurried back in again and is currently in front of the fire. 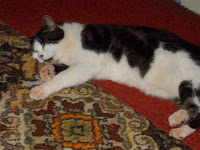 As many of you who read this blog will know, we lost cat the elder last week. Pets are not people, but her loss added to the general feeling of sadness after the death of my brother. I tell myself not to, but I can’t help thinking that two months ago I had a brother and two cats, and now I don’t. Still, cat the elder had a good life for the last few years. She’d decided to leave her first home and take up residence with the nice old lady down the street. When the nice old lady had to go into a home, her fate was uncertain. I decided to take her in as long as she and cat the younger got on. I won’t say it was a match made in heaven, but they tolerated each other. Her sudden decline came as a shock, and the vets have no real idea what caused her strange condition, but we couldn’t let her suffer. Her ashes will be buried in the garden with the other three boys. We’ve usually played music for each burial, but we’re not sure of her musical choices as she was deaf and didn’t respond to sound. For boy 1, we played Lady Marmalade, Boy 2 had Figaro, and Boy 3 loved a diva, especially Liza Minelli!


Anyway, onto other things. Writing has been slow as my heart hasn’t been in it for many reasons. I’ve been suffering from a feeling of why bother combined with simply not being able to find the words. I did manage to finish a chapter and reckon I have another and the epilogue to go on WIP. Two for the Road is my first May/December story and will reach around 63K words. I intended to write a 30K Christmas story, but it grew. Once this is finished, I have to edit/rewrite Half Full and Half Time and write the third in the series with the same MCs. I also have 20K words written of another story that needs finishing.


The Matchmaker, my short story has received a few lovely reviews. As I expected, teenager, Tom, steals every scene from the MCs. If you want a sweet, short read this might be the one for you. In other news, Pride Publishing are having a sale with up to 60% off lots of great titles. This includes my first book, Sporting Chance, at half price and my most recent, My Highland Cowboy, with a third off. Both are at £1.99 or $2.68 for this month. I’ll put the links at the end if you are tempted. 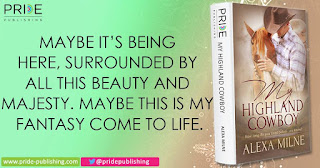 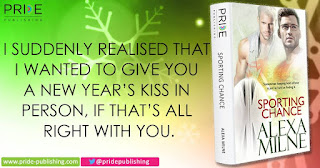 On the watching front, we’ve finished up to S5 of The West Wing and have started on S2 of The Crown. We’ve continued to enjoy S13 of Supernatural and, I have to admit, watched I’m a Celebrity supporting Toff all the way. Although, I’m way behind with other CW programmes, even Legends of Tomorrow, I did watch the 4-day cross programme event, mostly because Wentworth Miller was back and kissing Russell Tovey. I wasn’t disappointed.

That’s it from me. I doubt I’ll blog again until after Christmas, so I wish you all a happy time. For my family, the holiday will be tinged with sadness, especially as it will be my brother’s birthday at the end of December. It would be wonderful if 2018 was a better year, but I’m not going to hold my breath. Our target for next year is to find a new single-story house.


To my author friends, happy sales, and to everyone else, happy reading. I hope Santa brings you what you want.