Hello again from an overcast and breezy north west of England. After a few days of higher temperatures, it is back to normal here. I’m not a hot weather person so it doesn’t bother me, except sunshine is nice.

I’m feeling a bit meh. Sleep hasn’t been my friend recently so I’m tired and tetchy. My arthritis is causing problems. All of this is exacerbated by the house move which is suddenly imminent after a good few weeks of nothing. My mobility issues make the move more complicated but I’m sure we’ll work it out. We intend to pay for the removal firm to pack everything as well as move us. I did this nineteen years ago when I last moved, and it made life so much easier. We’ll have people to help us as well. There are a few jobs to do on the house, but as we don’t want to delay moving for too long, we’ll have them done while we are there.


I am excited about the move as it will make life easier for me, but my brain is full of worry with the logistics of the move. I’m one of these people who tend to plan everything down to where each piece of furniture will go and who will be where when during the process. Because my brain is overthinking about this, writing has been very slow because my MCs aren’t getting any time to talk to me. The current WIP is the story of Cormac and Lachie from My Highland Cowboy and so far, I’ve managed 12,000 words with a ague outline of ideas. I suppose it will happen when it happens.


On the reading front, I’ve discovered Garrett Leigh. I’ve no idea why I’ve not read her stuff before as I tend to read British writers. She had a book, Rented Heart, on offer so I read that then Soul to Keep, Between Ghosts and have downloaded Misfits. Before I read that, I’m reading Second Chance by Jay Northcote. I’m also looking forward to reading Josh Lanyon’s latest, especially Take the High Road set in Scotland.


We are still making our way through Buffy and Angel watching them together. Legends of Tomorrow has now finished. Love this series for its diversity and I’m looking forward to getting Constantine as part of the team, even though his accent is slightly dodgy. Started watching S3 of Shadowhunters. I will admit to watching it most for Malec as most of the other characters annoy me.

My other watching obsession is kittens. Tinykittens is a fostering group which rescues feral and non-feral cats and kittens. At present they have three feral mother cats who have just given birth. I can watch for ages. The photo shows Mason, a former feral, battle scared male with kidney problems. He was given six months, but his love of kittens has kept him going. He'll be in seventh heaven when the new lot get to play with him. One of the MCs in a story that is written but I’m not sure what to do with, fosters kittens. 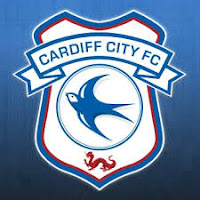 Other than the above, the other obsession in my life is football. It’s that time of the season and on a happy note, my local team, Accrington Stanley, have been promoted to the highest league they have ever achieved. They survive on so little income, so this is no mean feat. The wage bill for the whole club is around £15,000 a week. Some Premiership players will earn that in less than a day. My other club, Cardiff City, will undoubtedly leave me with no fingers, let alone nails. To get automatic promotion to the Premiership, you have to be in the top two. We are second by one point with three games to play. The third place team have two games to play. We need to win two more games, or we go into the playoffs, and I’ve no doubt we’d lose. Every game is nail biting, but that’s football for you.


That’s all for now. Happy writing and reading everyone.
Posted by Alexa Milne at 03:51