First, the usual apology that there have been few updates recently. I haven’t been in the best state of mind for various reasons, and not much writing has been done in a while.


Real life has been demanding. We moved house on 14th June. My knee chose that day to really seize up. Luckily, I managed to get over the threshold and into the new place. Moving was stressful. The removal firm had packed everything the day before and placed lots of boxes on their van overnight. It took three van trips to get everything here. Luckily, we had some help on the day but at six thirty that night we were left with the basics of something to sit on and sleep on and all out belongings in over 100 boxes. The next day we stared at fifteen of them placed against one wall of the living room in despair while eating left over pizza for breakfast. 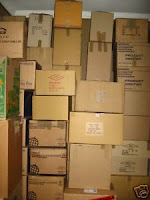 Of course, having arthritis, I am next to useless at moving things, but we began opening boxes. We cleared the wall in the living room that first day and most of the stuff in the kitchen, except we couldn’t find the cutlery. Our next door neighbour came to the rescue. The cutlery, of course, was in the last of twelve boxes in the kitchen.


Over one week later, we have two functioning bedrooms, a kitchen, a living room and the dining room is nearly done. The other upstairs bedroom is still full of boxes of books. Change is hard for me, but at least I can see outside now and watch the world go by. The cat is getting used to being here too and loves spending the day on the top of the stairs soaking up the sun.


As well as moving into the new place, I still have to sell my old place which means clearing it and cleaning it. Thankfully there are lovely people who do both of those things for a fee.


With all this going on, writing has been non-existent. I’ve reached an impasse with the Cormac and Lachie story. I sort of know where I’m going next but can’t get the words down. I have started to look at turning what was going to be a trilogy into a pair of books. The first one will be 80K and I have 30K of the next one. Half Full part one is ready to go but I want part two written before I submit and there is still a lot to say in this story. I figured I had to start somewhere. I’ve also decided I need a better seat so am planning to get measure up for one of those armchairs that lifts legs and lifts you up and out to lessen the pressure on my knees if I can.

I do have two stories on sale still. Choosing Home is still available at 99p or free on KU and My Highland Cowboy is one sale at 99p for this month. Next month, Sporting Chance will be on sale. I’m hoping to get a few more people to read my books. The next one, Two for the Road, won’t be out until near Christmas, but it is all edited and ready to go in case an earlier slot becomes available.

On the reading front, I’ve managed to read a few good books recently. I’ve enjoyed Crocus by Amy Lane, The Alcove by Rosalind Abel. Lock Nut by J L Merrow, and especially enjoyed Break Through by C F White and Denim by K C Wells. Current reads are Rainbow Place by Jay Northcote and The Henchman of Zenda by K J Charles. All recommended.

We haven’t watched much in the way of box sets. We did catch up with Homeland and once again I wondered why anyone would employ Carrie. Also watched the wonderful finale of Sense8. So sad not to get to see those characters again. We’ve mostly been watching football. Some how I end up having most games on. The face grabbing and rolling around has been Oscar worthy. I had hoped VAR would stop them, but it seems to be worse and there have certainly been more penalties.

That’s it for now. I hope those of you in Britain are enjoying the sun. Me, I hate the heat, so it’s not for me. I’ll just look out and sit here with the fan on full. 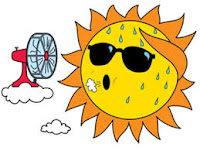