Change my dears and not a moment too soon – representation and choice.

Or why I write what I write

Sunday, it was announced that the next Doctor would be female – I hesitate to use that word, but it’s what we have. We’ve known Timelords can be female for many years, but that they can regenerate into either gender is a more recent development. This is not a first for SciFi or Fantasy. Those of us who watch Supernatural know that angels and demons can use vessels of either sex. This change has led a lot of people to wring their hands and talk about how Doctor Who has caved in to those who want the programme to be ‘politically correct’. I, for one, am fed up of this. I want to talk about two aspects of what has happened.


Little girls need heroes – hell, women need heroes. Even better, they need heroes who look like themselves. On film, a girl can be a Jedi, a vampire slayer, a Wayward Daughter, a starship captain and now, finally, the Doctor. You see representation is important. We all need to see ourselves in others. We all need role models who show us that the seemingly impossible is possible. Our culture and media should reflect those needs hence a Doctor who can be in female form as well as male – though, I am still pissed the Doctor isn’t ginger. Some people, however, feel that this is a step too far and creating change for change sake. As a historian, I’ve heard this message before.


·         Why give women the vote? They have husbands and fathers to take care of them


·         Men should go out to work and not stay at home to care for their children. It’ll make them feminine and they won’t be able to cope.


·         Women aren’t strong enough to be superheroes. They have weak bodies and no one wants to see them as the lead in films and who will buy the models?


·         Men shouldn’t cry. Men should be macho and should no signs of weakness.
With this decision, another section of the monolith of what you can or cannot be, or do, has been chipped away. This brings me to the other issue – why writers chose their characters and story lines. 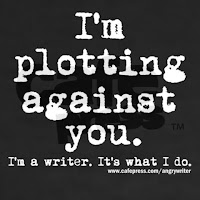 I write gay romance. I’ve been asked why so many times and told I’d sell more if I wrote M/F stories. The simple answer is, because I can, and because I want to. But shouldn’t I be writing about women people ask if I’m such a feminist? Again, the answer is, I do. Yes, my MCs are men, but my stories contain lots of strong women. I wouldn’t write them any other way. Women play vital roles in my books, and maybe, one day, I’ll get the F/F story I have a plot bunny for written. I’ve written about a variety of men because I can. My MCs have been a rugby player, a teacher, a chef, an inventor, a postman, a hotel owner, a minister, a policeman, a rancher, a designer, and a potter, among others. I’ve written characters with anxiety, with a damaged leg, with HIV, needing a wheelchair, with a bad childhood, who are gay and bisexual, parents and not. I’ve written them because I wanted to, because I wanted to explore a variety of issues and not write the same thing over and over again. I’ve written drama, angst, fluff and humour. I’ve given some characters a hard time, and others not. I’ve hopefully given them all some sort of happily ever after because I write romance.


So, when people question choices, and talk about being politically correct, writers will do what they want. They might kill a favourite to stir things up – looking at you here Russell T Davies and my beloved Ianto -  and create drama.

In romance, we have to find a happy ever after, but this isn’t true of all drama. The writers have their plans, their story lines. We may not agree with their choices, but they are the ones at the keyboard, and I, for one, always look forward to what they produce.
Posted by Alexa Milne at 04:41