Round Up 23rd October 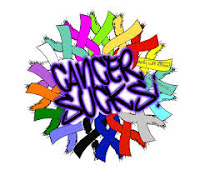 I wasn’t sure whether to write anything this week, but here I am. We thought we’d have more time. As most of you who read these missives probably know, my brother died last Friday. He’d had cancer for over a year. Like they tell you in the adverts, he’d been to his doctor because he had bleeding when he went to the toilet. The doctor dismissed his concerns for months. I can’t tell you how much I want to rage at that man. At first, we were hopeful the cancer was only in his bowel. They operated, and we crossed our fingers, then they found it in his liver. Again, we hoped they’d be able to cut it out, but they couldn’t operate straight away so he had chemo. Our hopes were dashed when they found another small tumour in his lung. Treatment kept it stable, but it had reached his lymph nodes too and he’d started to get pain.
His friends, and he had many, raised some money for him and the family to go away recently. They had a lovely holiday in France and a couple of weeks ago he was able to go to Old Trafford to see his beloved Manchester United as part of a special VIP package, meeting more of his heroes and watching United win.

His death came suddenly, with a blood clot, which I’ve found can be a side effect of cancer treatment. He was fifty-four and leaves behind his wife, his three kids, my mum, me, and so many friends. My brother was the sort of person who kept his friends, many from when he was in school. You’d have never have got him out of Barry, unlike me.


I’m not sure how I’m going to get to the funeral. Because of the arthritis and recent injury, I can’t drive very far or walk too well. I’m hoping we can get a car and driver to take us and I can hire a wheelchair maybe. One big problem is my mum’s house has no parking outside, being one of those 60s housing estates, so I have to walk just to get to it. When we have a date, I’ll see what can be organised. Luckily, we have Skype so I’ve been able to speak to my mum and sister in law and discuss what songs he might like. I expect George Michael, he adored him so much, or Paul Weller will be there, with some Bowie as well.

My brother was a lovely bloke who found the thing he did best was being a dad and it breaks my heart to know his little ones aged four and seven won’t have his presence in their lives. For me, although we didn’t see each other much recently, it feels strange to know there’s only me now. He loved the idea of his older sister writing stories with gay sex in them. It amused him to think of me writing those scenes. The world is a worse place for him not being in it anymore.

On to other things. Last week, I managed to write some words and the WIP, Two for the Road, my May/Dec romance, has now reached 45K words. I’m expecting it to be around 50K words, but it may be longer. The Matchmaker, my short story from the Right Here, Right Now, anthology is now available for preorder from the publisher and Amazon. This is a fluffy feel good piece with very little angst and a picture of the beach at Barry Island on the front. It will be out on general release 28th November.


I’ve done some reading over the last few days, especially when sleep has eluded me. Axios, by Jaclyn Osborn, as promised needed some tissues. I enjoyed Rebuilding Together by Kaje Harper and reading the rest of the short stories in the anthology. I’m currently splitting reading between Good Omens by Terry Pratchet and Neil Gaiman and Curious by Seth King. Not sure what to read next, but looking at a Rosalind Abel story. I haven’t read any of her work before. 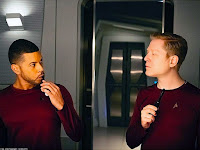 On the watching front, really enjoying Star Trek Discovery. We’re splitting the boxset rewatch between Buffy and The West Wing. With every episode, I appreciate even more the wonderful script and performances in The West Wing and wish someone like Jed Bartlet was President, but don’t get me started on the man in charge now.


That’s it for this post. We survived a battering by storm Brian which brought down all the leaves over the weekend. I hope you are all well, and please tell the people in your life how much they matter to you. One of my main comforts at this time is knowing my last words to my brother were - love you too. 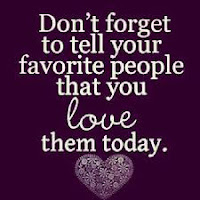