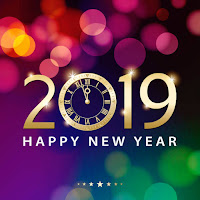 I haven’t written may updates this year, so I thought I’d try to get something written for the year. 2018 has had a few highs but more lows. The truth is that it has been a difficult year.
Let’s get the bad stuff over with first. Brexit – I voted remain and it has caused me nothing but despair to see Brexit play out the way it has this year. This, combined with the rise of the right in other parts of the world, has depressed the hell out of me. Somehow, I expect this situation to get worse unless someone has the guts to hold another vote and people come to their senses.

This year has also been hard after my brother’s death late in 2017. Losing my only sibling, the person who shared my history with me, has been harder than I’d ever have expected. As I’ve said before, it’s not what I planned. I left home to go to university knowing he would never leave our home town. He’d be there for my mum and now he isn’t, and my health means I’m not either. I am so grateful to my sister in law who has been brilliant with mum. And on the positive side, his children have shown remarkable resilience and strength. The two little ones continue to do well in school. My brother would be so proud of them.


My health has been mixed. The arthritis has good and bad times. I’m still feeling the effects of tearing my thigh muscle a couple of years ago and panic at any twinge just in case it happens again. I haven’t been able to drive so am stuck in, but at least, having moved to a new house, I now have a garden with trees and plants and a different view.


Moving to the new house is this year’s big news. We found a dormer bungalow in February, had the offer accepted and moved in June so we’ve been here six months. The move itself was stressful, despite getting the moving company to pack. The day after every room was full of boxes but we’ve worked through them. Only a few remain now. The new house has a downstairs bedroom and bathroom which makes life easier for me. 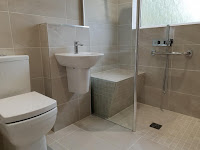 We’ve had some work done, mainly turning the bathroom into a wetroom, replacing all the spot lights in the ceilings and minor repairs to the roof and drainage. We’ve built more bookshelves and storage but need to get fitted shelves built above my desk in the dining room. It’s a work in progress, but we’ve made some and I’m looking forward to seeing what comes up in the garden this year.


Writing has been slow. My heart and mind simply haven’t been in it most of the time. I did edit and so complete two books. Two for the Road is a gay age gap romance set in Lancashire.

It was accepted for publication and is out on general release 22nd January. Also out on 8th January is the box set of the Call of Home series at a bargain price.

The other book completed is half of a pair, but I haven’t completed the second one – yet – and I want to have both ready to submit. It has reached 30K and I hope to get it done some time as I like the MCs. Otherwise, I’ve written around 20K of a follow up to My Highland Cowboy but stalled, and I’m over 50K into a standalone story with no title. I’m writing a non-binary MC which frankly terrifies me. Ash didn’t start this way but forced me to rewrite. I’m hoping to get it finished in 2019 but I know it’s going to need more eyes on it than mine and a lot of editing. I also hope to get a Christmas story written based on an idea provided by our bathroom fitter’s assistant. The idea comes from one of those jobs you never thought of existing. I just need to get in the right mindset. There is also another idea at the back of my mind with a footballer MC. You never know. I’m hoping Two for the Road might help inspire me if people like it.


On to other things – reading and watching. I haven’t quite reached reading 100 books this year, but I’m not far short. Favourite reads include, in no particular order,
The Law of Miracles by K C Wells
Playing in the Dark by Avery Cockburn
Band Sinister by K J Charles
Married Ones by Matthew J Metzger
Kill Game by Cordelia Kingsbridge
Balefire by Jordan L Hawk
Living on Air by Susan Mac Nicol
Thief of Hearts by Ruby Moone


We have continued with box sets. This year we have watched seasons 2-7 of Buffy, all seasons of Angel, all episodes of BBC’s Miss Marple, all 10 seasons of Friends, 5 series of Person of Interest and we’ve nearly finished seasons 1-4 of How to Get Away with Murder. We’ve continued with Dirk Gently, now sadly cancelled, Game of Thrones, Homeland, Supernatural, The Handmaid’s Tale, and Doctor Who, as well as starting Star Trek Discovery. Sitting on the shelves, waiting to be opened in 2019, are the boxsets of The X-Files and ER (all 17 series of it).

That’s about it for now. I want to hope 2019 is better. When I write that date, I’m amazed. I have such clear memories of walking home from school in my teenage years speculating about what life would be like in the year 2000 and now we’re getting to nearly twenty years beyond that date. I’m not sure I thought I’d be retired from teaching, living in a bungalow in a Lancashire town, and attempting to write gay romance!


I wish you all a wonderful new year with lots of writing.