My Favourite books of the Year 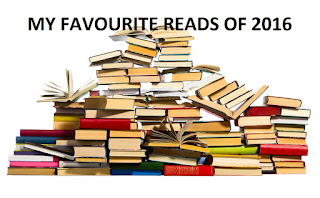 These books are chosen from the novels I’ve read this year, not from those published this year. After not reading any historical romance, I’ve discovered it in a big way. The list is in no particular order.


I loved this book set in 1920s London. It is the story of spies Briers Allerdale & Miles Siward who have to play a married couple. I loved Millie, Miles’ alter ego and am looking forward to more.


This is a character driven story and I especially fell in love with former bad boy Rob. Without I hope spoiling anyone, Eli is transgender. His relationship with Rob is central to the story and there is an interesting and unexpected dynamic between the two. Eli’s relationship with his parents is difficult to say the least and it is Rob who finds the money to allow Eli to have further surgery. It isn’t a perfect read but it is a powerful one.


Great worldbuilding. I’ve never been a shifter fan but these stories of witches and familiars grabbed me straight away.


I love Barbara’s stories for the angst. I’d just written an angel story so thought this one would be fun. It is a redemption story. Can Aden save himself from hell? He gets run over on a snowy night by Brody. Can they get their HEA?


Another paranormal story. As a Supernatural fan, I was drawn to this by the idea of having reapers for characters. Reapers collect the recently dead and help them on their way. These are part murder mystery as well as romance between Nate and Mitch.


I could have chosen any of the Society of Gentlemen series but I especially fell in love with David Cyprian the brilliant ‘servant’ of Lord Richard Vane who has contacts all over London. Being an historian by training, I’d shied away from historical novels but I couldn’t get enough of these. I might mention Silas as well, my other favourite character.


A Summer of Guiltless Sex by Dan Skinner


I love Dan’s writing and Memorizing You will always be a favourite. On the face of it this story sounds shallow but it’s anything but. Bill takes Ted on the road to discovery and goes on one himself over one summer. I always say Dan makes me read like an adult and this is no exception.


Playing with Fire by Avery Cockburn


This could be any of the Glasgow Lads series. I read them all because I love football and I love Scotland. It is set around an LGBT football team but also reflects political and religious divisions in Scotland. Great writing and great characters.


First and First by Santino Hassell


Part of the Five Boroughs series set in New York. Santino knows his subject well. He writes flawed and sometimes annoying characters. This is the story of Caleb and Oliver. Santino writes great emotional sex giving more insight into each character as lives are woven together.


I looked forward to getting Jax’s story. This was a more gentle read in the Men of London series. I loved Dare and together they made a lovely couple.


This is a non-fiction book subtitled How to be Gay and Happy written by the editor of Attitude. Todd uses his own and other experiences to deal with issues facing gay and bisexual men.


There were many others I could have chosen but in the end I had to decide. Happy reading in 2017
Posted by Alexa Milne at 04:51