Sporting Chance - One Year On

A year ago today, I was a bundle of nerves wondering if anyone was going to buy my first novel. It had taken me over two years to write Sporting Chance, the story of teacher, Iestyn Jones and rugby player, Dan Morgan. I found time to write when I could – before work in the morning scrawling words in a note book, at lunchtime, after work and at weekends, when I didn’t have marking or preparation to do. Somehow, by the end I had a 80,000 word novel. I asked a few people to read it, and they encouraged me to submit it to a publisher. The first one turned me down, but the second, Totally Bound, took a chance on me.


The day I got the e-mail, I couldn’t believe it. I read it so many times, with tears in my eyes, until happiness was replaced by that strange mixture of fear and excitement. It was a long process between that e-mail in March and the book coming out in November. When I read that submission now, I’m amazed they took me on. I made so many mistakes, but I was lucky to have Faith, my editor, to take me through everything. I learned such a lot, not only about grammar and punctuation, but also about point of view, independent body parts, dangling modifiers and putting the sex into sex scenes. 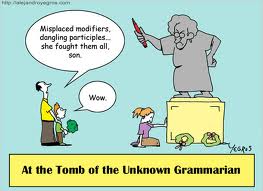 I discovered there are words you need to cull like that, just, only, suddenly, really and many others. I find there’s something new to deal with every story I write.

When Sporting Chance came out several reviewers were kind enough to feature my story on their blogs. I will admit, I’ve never found criticism easy, but I put my teacher head on and gave myself the talk I’d given to so many students – you learn from mistakes. If you get something wrong, you can learn from others. I may not have agreed with everything that was said, but I hope I’ve learned something from every word.


A year on from the general release date, I now have a novella, Rainbow Connection and a short story, Stay published. In December, my Christmas story, Not Every Time is released, the story of two friends who become lovers – one of my favourite tropes.

Next year is going to be very exciting. In February, Comfort Zone, the follow up to Sporting Chance is released, and A Bell Rings, the sequel to Not Every Time, comes out in May. It turned out that Raz and Jack had more to say. I also have a series coming out titled The Call of Home, set in Scotland.

When Sporting Chance came out last year, I would never have believed all this was possible. It goes to prove you can teach an old dog new tricks, and that you simply never know what is around the corner.


To celebrate this anniversary, I’m going to offer a signed copy of Sporting Chance and a signed copy of Comfort Zone when it comes out next year. I’ve also had some charm bracelets made with charms representing the characters in my stories. If you’d like a chance to win please comment on this blog post. 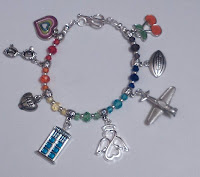 Lastly, I’d like to thank every reader, reviewer, and all those authors who gave me advice as well as my editor, Faith, and my publishers for giving a new author a chance. You have all changed my life.
Posted by Alexa Milne at 06:44 33 comments: