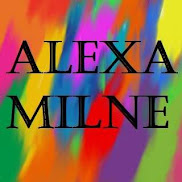 Yes, I know, it's been a while. but here I am again with a little update. My aim is to do this more often. Let's be honest, a few times a year would be more often.

Life is still tricky. I am able to get around a bit, but find it tiring. I get anxious beforehand, but I've got into the living room, which gives me a different view, a couple of times a week. Have to admit, the recent heat has not been my friend. I'm still using a medical bed which goes up and down to make life easier, but it has a plastic mattress so you can imagine what that is like. I'm also worrying about my mum who has short term memory issues heading towards dementia. She lives back in South Wales. My nephew visits every day, but she spends a lot of time on her own. Some days she gets very confused, but she usually remembers to ring me. We're hoping to get an assessment from social services which at least might get her out on some days to a day centre.

On the writing front things are progressing. It's been 18 months since I published anything completely new, but I am nearer getting my trilogy ready for submission. Books one and two are done ready for beta reading, and I'm currently doing the first edit of book three. The overall title for the series is Family Found. The MCs are the same throughout - more about them in another post. I have good days and bad days when attempting to write. I have foggy brain days, arthritis days, days when my wrists and arms ache, and days when the words just won't come. Because I can't stay in the same position for long, I have to lie down and can't do anything beyond word editing then. I tried dictation but I found it too annoying. Hopefully, the story of Linc and David will have an audience, but we'll see.

Over the last few weeks, it's been non-stop sport. I love sport. It always surprises people that I played hockey and netball in school and swam more than once every week. We had a pool at school, and I lived on the coast. I'm one of those people who picks up the rules of sport every easily. I've been told I'd have been a good PE teacher except I didn't have the body for it. We're currently watching The Commonwealth Games and getting as excited watching lawn bowls as we are at the athletics. Loved the women's football, even if it was England who won. It's hard to believe the football season has started again. Maybe this year Cardiff City and Leeds United will do better. Of course, the World Cup is still to come and I will be cheering like mad for Wales.

As 'light' relief we've been rewatching NYPD Blue after finishing rewatch of Six Feet Under. Still love it, but you can see how times have changed. 911 has finished (no sign of Buck and Eddie this series - sadly) and now we're onto 911 Lonestar. I love both series - diverse characters and oh my god plots. Pretending you are in a snow storm when the sun is clearly shining was a problem! But you can also just sit back and watch Rob Lowe. Other current watch is Only Murders in the Building - I do love this show's mix of comedy and drama, though how anyone lives in New York amazes me - all those huge buildings. We watched Neil Patrick Harris in Uncoupled. All I can say is it got better and it was nice to have older people in a story. My last TV show comment is Heartstopper. OMG! This show is just lovely. I've watched it all the way through four times and I know it will be a go to when I'm feeling sad. I've read Solitaire which is Tori's story and set after this and will read the others. I hope the next series will have more Isaac.

That's it for now. I have a cat demanding scritchies, who is a little scaredy-cat today because we have men in fitting a new front window and door. At least she doesn't have a mouse today. We had three a couple of days ago including this little one. It was released back into the garden. This year seems to be going by quickly. They are already announcing Strictly contestants!