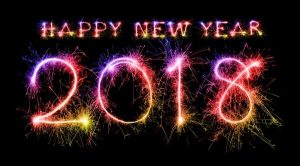 I’m still not sure about writing this, but here goes.


2017 was a difficult year from a personal, and in some ways professional, point of view. It began with a couple big changes for me. After suffering an injury, my physical health had worsened making getting about even more difficult, but on the plus side I’m not living on my own anymore. My family also had the sword of Damocles hanging over us in the form of my brother’s cancer treatment. As many of you know, in October, he died suddenly, leaving behind his wife, three children, my mother and me.


My brother and I didn’t live in each other’s pockets. I spoke to him when he was at mum’s house and sometimes on the phone, but his loss has hit me hard. He was my only sibling – the only other person in the world with the same ancestry. I’ve felt lonely knowing he isn’t there anymore. I’m heartbroken thinking of the two very young children he’s left behind. It wasn’t how I planned it. He was the one to stay at home while I left, firstly to go to university, and then to live and work two hundred miles away. My one consolation is that I was able to get to his funeral with help from some wonderful people. It was an amazing occasion with dancing to Boogie Wonderful included. I met people I hadn’t seen for over thirty years. It’s so hard to believe those teenagers I knew are now grandparents.


In the wider world, events have been incredibly depressing. Some days I’ve dreaded opening Facebook and Twitter. In Britain we’ve had the madness of Brexit and in the USA there has been the continuing circus around that man. Sometimes, it feels like the world has gone mad. On the other hand, it is more positive to see women and men speaking out against the culture that exists in so many organisations and society in general. Hopefully, change will come.


I’ve read lots of wonderful books this year. I think my reading biggest change has been reading much more historical fiction, something I’d avoided being a history teacher, and not the biggest fan of the Regency period. But KJ Charles sucked me in and Jordan L Hawk, Joanna Chambers, Ruby Moone, and Cat Sebastian kept me there. I’ve read around 200 books this year. Currently, I’m making my way though Rosalind Abel’s Lavender Shores series.

On the watching front, we’ve watched all seven series of The West Wing and wished there were more, and also all twelve series of Supernatural. Other watches are listed in other blog posts. Next lengthy watch will either be Buffy or How to Get Away with Murder.

Now, for my writing. In 2017 I had two novels and a short story published. My Highland Cowboy had some great review and was lighter than my usual stories. While You Take a Chance had two older MCs. I loved writing that one and wish it had done better for me and the publisher. The short story – The Matchmaker – featured in an anthology, Right Here, Right Now. This was another low angst feel good story. Over the year, I’ve completed five full novels, so I have three not published and, as yet, unsubmitted. Two of them have the same MCs and are set in Norfolk. There will be three books in the Half series and I have the last one to write. I’m not planning on submitting until all three are finished. I’ve also completed a May/December story called Two for the Road which needs editing, and half of another story which hit a brick wall at 20K, but I might get back to it.

I’ve no idea of plans for 2018. I haven’t felt like writing for a while now. If I get the muse back hopefully I’ll write book three, and edit them all, edit Two for the Road, finish the other story, and even do more than contemplate the idea I have for an historical story set in the mining industry of the early 20th century, inspired by two characters from How Green was My Valley, my own family history of mining in Tonypandy, and a side character from Rainbow Connection. It’ll need some research.


I will admit feeling somewhat disillusioned about writing. I tell myself I write because I want to and not because I want to sell books, but it would be nice to sell more. I know everyone is suffering from reduced sales in a crowded market, but it can be disheartening not to sell even when you’ve had lovely reviews. Oh well, I’ll see how the muse takes me.

That’s it from me for now. I’d like to wish everyone a happy and healthy new year in 2018 and good luck with those sales.