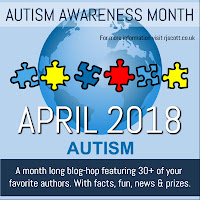 Thank you for visiting my blog post in the autism awareness blog hop 2018. It is always a privilege to take part in this event. You can find the link to R. J. Scott’s main post here.

Autism and Football
Football is a sport close to my heart. I have been a fan of the beautiful game for many years. The 2017/18 season is proving to be an exciting one as two of my teams have a chance of promotion. Cardiff City, the team I’ve supported since I was a teenager, are currently second in the Championship, and Accrington Stanley, my current home town team, are top of League Two. For those who have no idea about the structure of football in Britain, there are four main leagues, The Premiership, The Championship, League One and League Two. But what you may ask, has football got to do with autism?


As someone who attended games in the past, I’m aware of how crowded and loud football matches can be. Many people with autism would find it difficult to attend a game which is a shame. I did a little investigation and found that one Premiership team, Bournemouth FC, have decided to launch a campaign to make it easier for those with autism to attend. This campaign was launched last December with Harry Redknapp, a well-known manager. Bournemouth have created a toolkit which they are hoping other clubs will adopt. You can find information about the campaign here.


If you are a supporter of a particular club, large or small, why not ask them to get involved?


Sport brings people together. It should be inclusive. Just to finish off, here is some information about autism in the UK. 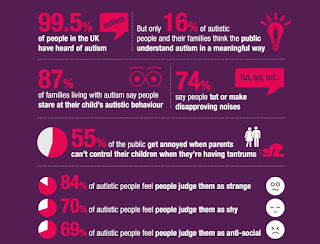 Thank you for visiting. I will give a copy of a signed paperback of any of my books available in print to one person who comments on this post.
Posted by Alexa Milne at 01:46