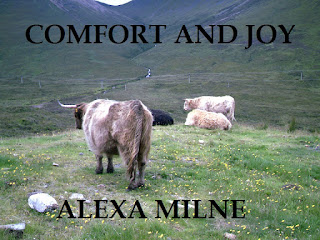 This snippet is again from my WIP set on a ranch in the Scottish Highlands, almost immediately after Connor sees Duncan for the first time. It is first draft and totally unedited. I'm sorry but it is more than six sentences - oops. 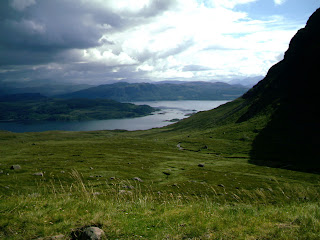 Connor toned down the sashay and walked toward Duncan, hand outstretched. “Yes, thank you for giving me somewhere to lay my head. It’s good to meet you.”


Duncan’s wide eyed gaze panned up Connor’s body until it reached his face. Finally, he spoke. “Yes, sorry. It’s no problem as long as you don’t mind being here among the visitors and the animals, although there’s only us in the main house. The cabins have their own facilities.” He took hold of Connor’s hand in a firm grip and shook it for slightly longer than he should have.


Connor’s libido ratcheted up another level at the sound of Duncan’s voice. He was sure his insides had turned to mush. He wanted to wrap his body around the man and climb him like the sturdy oak tree he was. He had a thing for voices, especially deep manly ones. Old Man River could have him squirming in his seat. He needed to pull himself together.


Connor fanned his face with his hand until he noticed his sister’s death stare. Maybe being here was going to be fun after all.

In other news, Choosing Home is on general release from Tuesday, 12th July and Returning Home from 26th July.