Weekly Round Up 6th March 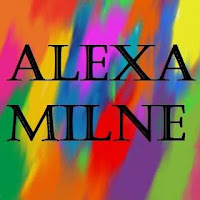 Monday morning and a brief update because I haven’t much to say. Those of you who have read my 2016 will know about my brother’s condition. We had some bad news the week before last but better last week. So fingers crossed this new treatment will at least keep the situation the same.


On the writing front, I haven’t done much. While You See a Chance is done and cover sorted, and My Highland Cowboy is with the FLE. I have a lovely cover for that one as well. While You See a Chance will be out 1st May and My Highland Cowboy on 6th June. I decided to revisit a story I wrote nearly a year ago and left with an open ending. I’ve read through it and decided to write more on it rather than write a sequel. It’s a bit of a quandary, because I don’t think there is enough for a sequel, but we’ll see. I did write around 2000 words on it and hoping to continue. I have a Christmas story nibbling at my brain as well.


I haven’t done much reading either. Finished and enjoyed Hard Wired by Megan Erickson and Santino Hassell and now nearly finished An Unseen Attraction by KJ Charles. Next on my TBR is Imago by NR Walker.


TV watching this week. Continuing the wonderful Black Sails. I’m going to miss it when it finishes. We have watched the whole of S1 of Supernatural. I’ve watched the first two episodes of When We Rise and cried every time. Next watch is The Crown for something different.


That’s it for this week. I’m hoping to get more writing done on Half Full, but it is slow going at the moment. I’m hoping Jonah and Owen will get the juices flowing again.


Lastly, I seem to have had a lot of friend requests recently. If we have friends in common, I’ve confirmed the request and hello. If not, excuse my scepticism but I do wonder sometimes.


Have a good week, everyone.