Weekly Round Up 17th July

Monday again. This week the sun is shining in my part of the world. I wasn’t sure if I’d write anything this week, as I’m in less than a positive mood. A combination of depressing news from home and reading crap because they dared to give a woman the role of the Doctor, has left me frustrated and annoyed. For the record, I have some reservations about a female Doctor but it’s the stories that matter to me so get those right and I won’t care.

Writing has been slow, only about 3000 words on current WIP. My concentration levels are shot, and my brain keeps coming up with starts for other stories, which isn’t helping. I’m waiting to hear about short story I submitted in the meantime. This morning, print copies of My Highland Cowboy arrived so if I owe you a copy, I will get them out to you in the next week. I would take a photo, but sadly my camera has decided to play silly devils and not accept the memory card. I might go back to editing Half Full for weak words so I’m doing something productive.

Reading has been slow as well, but I have finished The Ruin of a Rake by Cas Sebastian, which got better after a third of the way through but I enjoyed less than the other two. Read and loved Satin by K. C. Wells and looking forward to Silk. Now reading Lying Eyes by Robert Winter which is also a bit of a slow starter for me, but I want to know more.

Finished S8 of Supernatural and now watching S9. In between have watched Orphan Black S1 and remain amazed by Tatiana Maslany. Other than this watching various series such as The Handmaid’s Tale, The Loch, Fearless and Poldark. Will also be trying to stay away from spoilers for Game of Thrones.


That’s it for now. I could rant about the unfairness of so many things, but it won’t make anything better, and I’m not looking for sympathy. Life is just a bit of a bugger at the moment but.. 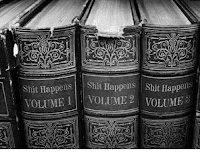